The initial consultation revealed some concerns about the lack of segregation between pedestrians and cyclists over the proposed bridge. Concerns were also raised about the impact this would have on both bridge user conflict and bridge user safety. In response, and as part of the further development of the council’s wider Cycling Strategy, a decision has been made that South Dock Bridge will no longer provide a primary cycle route to and from Canary Wharf. Instead, cyclists will be required to dismount from their bikes before crossing the bridge. As an alternative, the council is working with TfL to provide strategic cycle routes and improvements around the perimeter of the island rather than through its centre. This includes cycle access to Canary Wharf via Wood Wharf, Westferry Road, West India Quay and improved cycle access via Manchester Road. These routes cover both sides of the Island offering cyclists comprehensive access.

Feedback from the initial consultation also suggested the approaches to the bridge should be spacious and free of obstacles. The proposals for the landscape of Upper Bank Street, at the north end of the bridge, are currently being developed and will create a wider and more direct route compatible with the geometry of the structural slab the landscape sits on, as well as the accessibility to the buildings on the area. A new ramp, significantly wider than the existing one and with an accessible gradient of less than five per cent, will provide a more convenient approach.

The new public realm and park part of the South Quay Plaza development on the south quay includes improved pedestrian connections between Marsh Wall and the South Dock that will accommodate the proportion of bridge traffic not turning east-west along the quayside.

The majority of responses to the initial consultation suggested seating on the bridge would not add value and would likely hinder the movement of pedestrians and cyclists. The latest design does not include seating areas on the structure but allows for people to stop and lean on the railing at the wider area of the deck, not affecting the traffic capacity of the crossing. Seating areas close to the north end of the bridge will be added as part of the redesign of the landscape of Upper Bank Street and will be also available relatively near to the south end as part of the South Quay Plaza development. 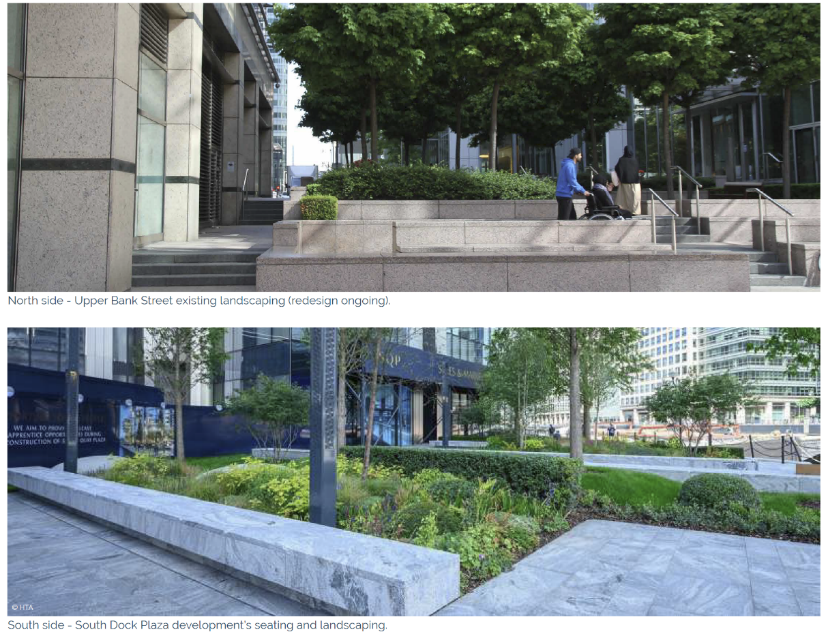 This consultation has now closed.