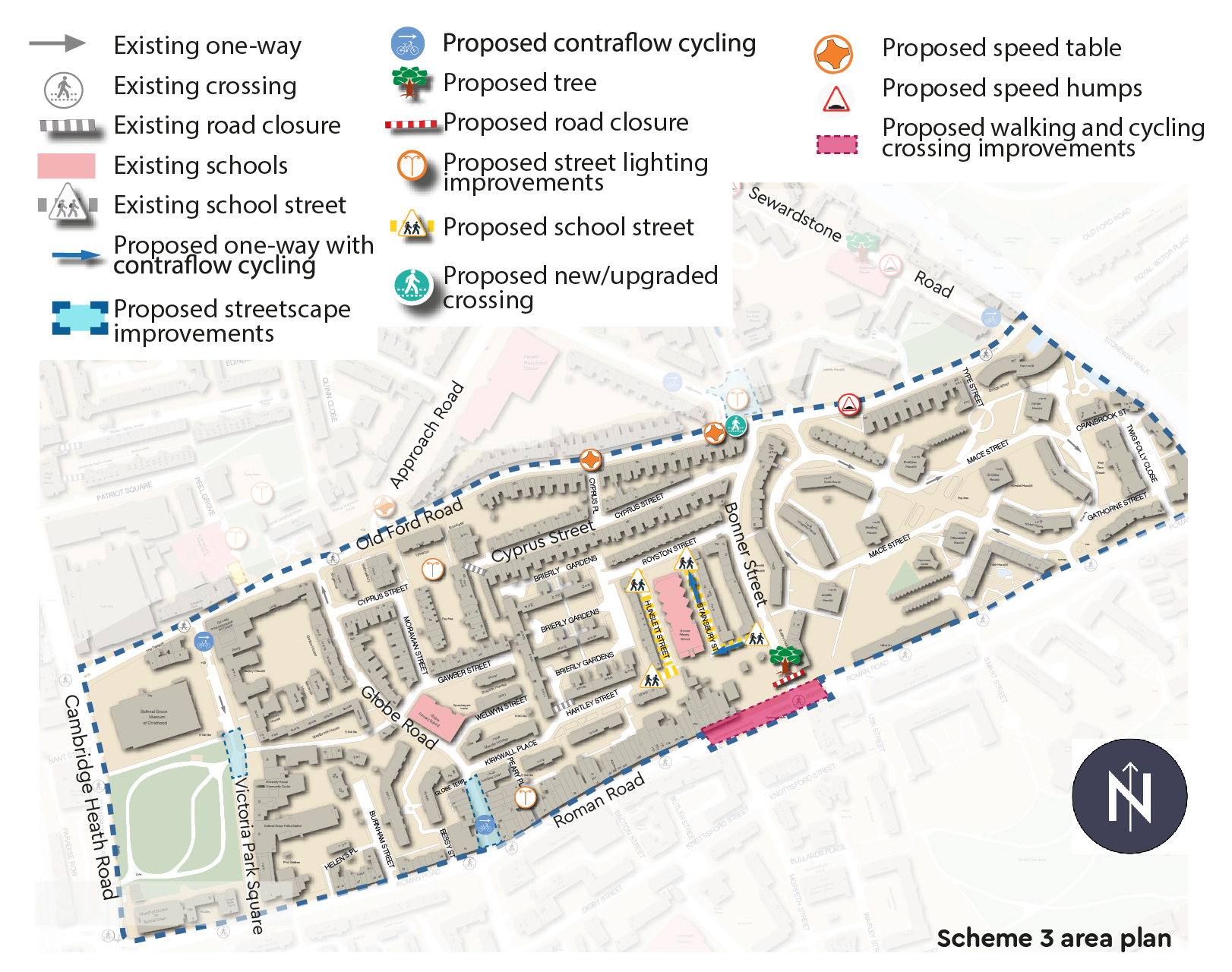 To create a cycle and pedestrian friendly environment and prevent Bonner Street from being used as cut-through from Old Ford Road to Roman Road, a road closure is proposed at the junction of Bonner Street and Roman Road.

These proposals will improve road safety, air quality, and reduce noise pollution on this popular route to and from the Bonner Primary School.

A short section of a two-way cycling track along Roman Road will provide an important link to allow continuity to Morpeth Street. Morpeth Street will become exit only at the junction with Roman Road. These proposed changes will allow for key north/south cycle connections into and out of the area, particularly those cycling to or from Victoria Park. Improvements to Morpeth Street will be considered as part of future schemes in the Mile End West Liveable Streets area.

By implementing a closure at the junction of Bonner Street and Roman Road, we can replace the signals with a cycle and pedestrian crossing. This will also help improve traffic flow along Roman Road.

With closures being implemented on Old Bethnal Green Road, and pending the proposed closure of Skew Bridge, it is expected that traffic volumes will decrease on Old Ford Road, and allow for safer local journeys. 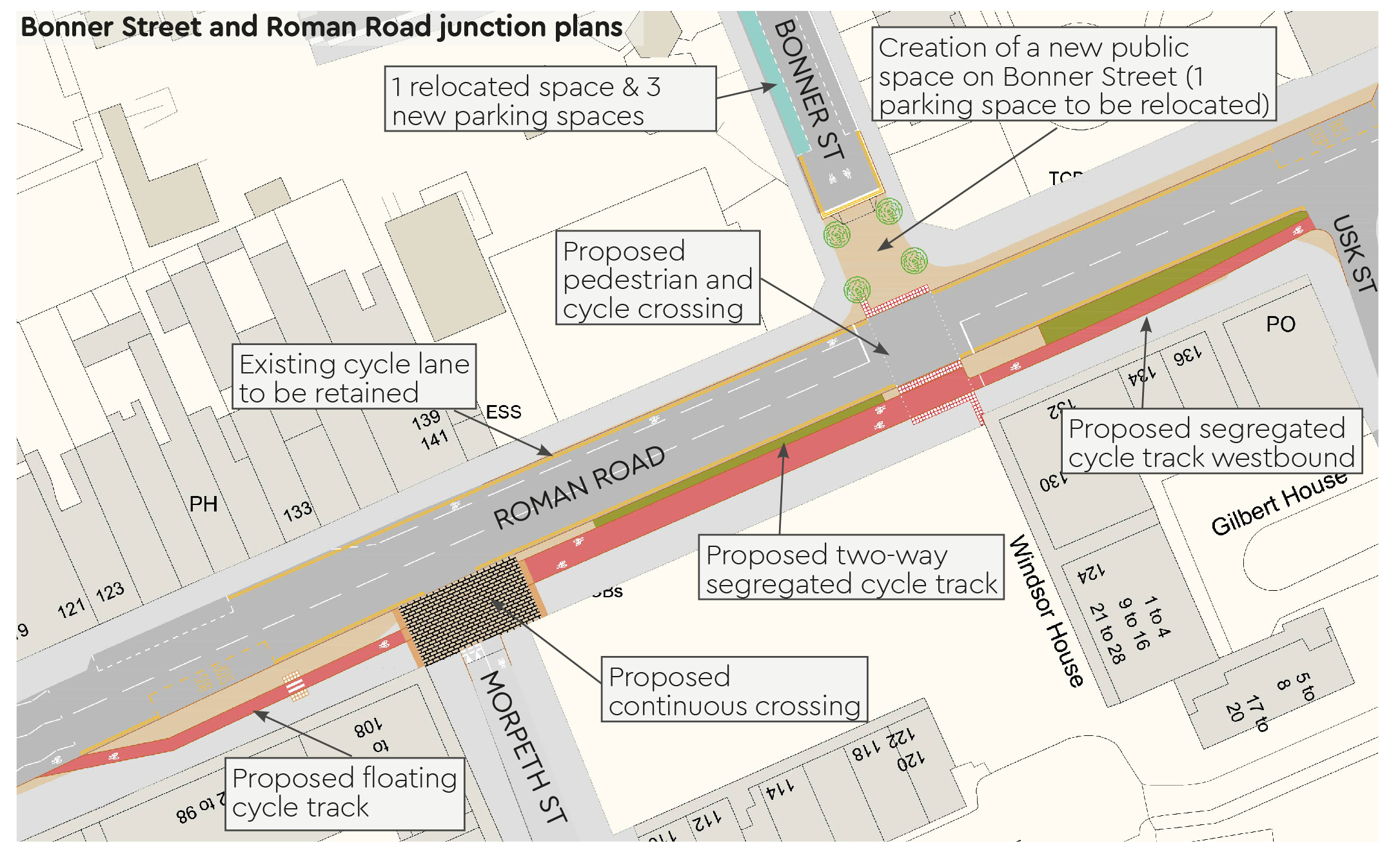 The closure of Bonner Street means we can invest in extra greenery and tree planting in this area. This will tie into the market space and improve the look and feel of the area.

We are also proposing additional parking spaces at the southern end of Bonner Street.

Improvements at Victoria Park Square near Museum Gardens and the South end of Globe Road to declutter, provide more cycle parking and planting are also part of our proposals to enhance the area.

On Old Ford Road, we have proposed to implement traffic calming improvements including new speed tables replacing some of the existing pavement build-outs to ensure a safer environment for everyone.

We are also proposing to convert the mini-roundabout at Bonner Street and Old Ford Road to a T-junction and relocate the crossing to increase the safety of pedestrians and cyclists.

There are also places that you told us felt unsafe walking through due to anti-social behaviour or inadequate lighting, so we are proposing lighting improvements on Peary Place, the walkway between Cyprus Street and around North Globe Town Square.

In addition, we propose to permit contraflow cycling on Globe Road to ensure a safe and convenient route for cyclists.

You can view the Scheme 4 - School Streets proposals here.