As part of our ongoing commitment to reduce emissions around schools, we are proposing to introduce School Streets in the area. This would enable streets to be closed to motor vehicles in the morning and afternoon of each school day to allow children, parents, and staff to get to and from school via walking, cycling or scooting in a safe, healthy environment.

Roads outside schools will be closed to motor vehicles between 08:15am to 09:15am in the morning and 3:00pm to 4:00pm in the afternoon. This will enable children and parents to arrive and leave the schools safely and encourage more active travel.

Enforcement of school street restrictions will be done via Automatic Number Plate Recognition (ANPR) cameras with all residents living on roads closed at school times eligible to apply for exemptions.

To increase safety for children, staff and families at Central Foundation Girls School and Sixth Form proposals on Harley Grove were re-consulted in 2019. A decision will be released later this year.

To see all the proposed School Streets in the area, please see the overview plan. 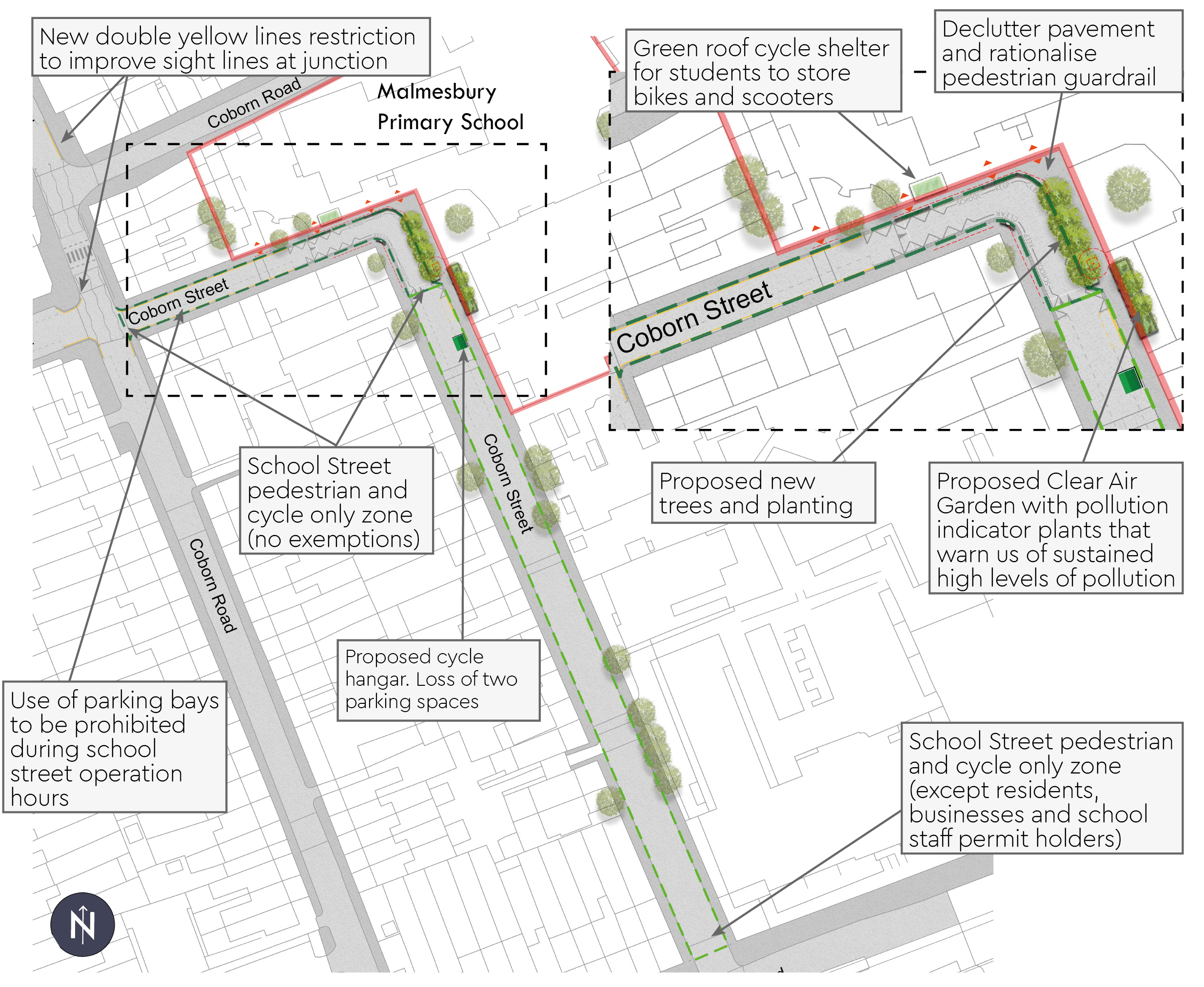